WarBall is MMA and Football:Our patented devices harmlessly simulate combat injuries, impeding a fighter’s progress or is a ‘tackle’ in certain situations. A sharp but not overly excessive hand or fist strike to the face mask triggers lights, impairing vision. Or, knock down the blacked out visor with sword or stick. If you ATTEMPT to engage weapons or make a MMA move it is okay to make a conventional tackle OR block 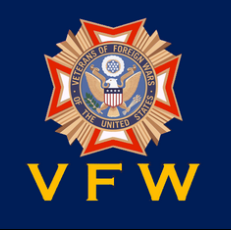 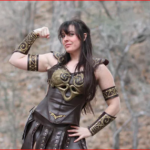 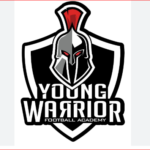 SUPPORTING INDIGENOUS WARRIORS EVERYWHERE PAST AND PRESENT, VETERANS, WOMEN FIGHTERS AND A SPECIAL VERSION OF WARBALL THAT IS SAFER FOR YOUNG PEOPLE. 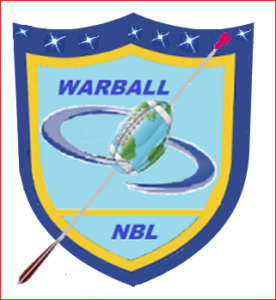 THIS IS THE NBL 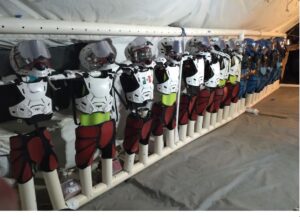 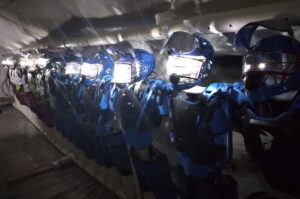 Ready for Battle! Wide receivers, Defensive Backs, and Running Backs have magnetically mounted safe (polycarbonate) swords on back of chest armor. This leaves hands free, but quick to deploy weapon to block, disable, or tackle. All other fighters have a fighting sticks except QB who uses a BangBall.  The ball in the middle has a Apogee F-15-0 rocket engine mounted at the tail. It will be tube launched for kickoffs, complete with a drogue chute to slow it down for the catch. Exciting! Video to follow soon, still in testing phase.

QB (IpMan) can use the patented BangBall to fend off tacklers and then throw or run with it. It flies beautifully and is easy to catch

This video shows a nice Judo tackle, which probably would receive some style points that can be cashed in for first downs or negate a penalty) By rule you must engage weapons  towards disablement device, sensors OR martial arts  move first before attempting a tackle, this prevents high velocity body impacts, and fighters are trained to use the weapons in a authorized manner.

Furthermore, anyone, including women, can play as WarBall is skill based, not dependent on size and strength. Proficiency with the weapons and use of Martial Arts is more important in most situations.

Our youth here in the States have been forgoing football (10% to 30% decline 2008-2018) to such an extent many programs have been abolished. A safer and more edgy form such as WarBall will rekindle the interests. Our youth version is disablement devices only, no tackling. Once triggered the play is blown dead. Blocking is allowed under normal WarBall rules, only after engaging weapons or a martial arts move.

Finally, we have equestrians and canines, too! In summing all together with WarBall’s highly entertaining visuals and inclusive demographics subject to funding and broadcast opportunitiesit will become a global and economic juggernaut.

The revolutionary NBL’s WarBall itself is 3 times more active and is more artful than conventional football, since it is weapons and martial arts based.

It is also safer due to our engagement rules, but allows tackling and blocking.  WarBall rules to advance the ball (4 downs to get 10 yards, etc.) formations, pass interference, safety rules (such as clipping) and many others are the same as football. There is no extra point or field goal kicking game, but 2 and 3 point conversions are an option. Punting is normal but kickoff will be replaced by an Atlatl launched or black powder (yes) rocket assisted BangBall football.

Can you envision a javelin with a football embedded in the middle? It has a rubberized front end and flexible feather end so it is safe. It flies beautifully, and is patented (see our “Technology” page) . We also have a patented ball with telescoping rods embedded in football. Once in the QB, RB or receiver’s hands, they squeeze an area on the ball and the rods spring out. See video on our “Technology” page

It bears repeating Warball uses its patented football -called a BangBall – as a tool to defend the ball carrier and progress downfield. In Warball, to stop a ball carrier or block an opponent a defenders must:

1) Engage a weapon first before a conventional tackle or block or use,

2) Martial arts strike before a conventional tackle or block or,

3) Trigger a impairment device -visor drop or LED lights on face mask (play blown dead) which is a tackle if a ball carrier, or effects the play of a non ball carrier by impairing vision or movement.

Hit button on facemask, lights impair vision. Hitting any harder than sufficient to trigger LED’s is not allowed.More on this is shown below

The rule for the defender to engage with weapons, or use a authorized MMA move,  or to strike a disablement device prevents heavy body to body impacts as the defender must pull up in order to use his weapons. This makes WarBall fighters less prone to injury than in conventional football, and eliminates the ‘cringe’ moments many have when watching football.

Example: The most dangerous play in football is when a defender flies headlong into someone’s knees who is running fast. The defender’s head and neck are vulnerable, and the knees of the other are at serious risk. Literally this play is life threatening for one player and career ending for the other. This play could never happen (without penalty) in WarBall.

Try to imagine this play: A simple pitch to the running back, around the end…once he has the Bangball, he can certainly dodge and juke as normal, but because his ball is also a weapon, he will use it too as he tries to gain yardage.

The QB holding the BangBall football also can fight off fighters trying to sack him, then throw or run, an interesting visual. The passing game is virtually the same as conventional football, the ball is caught (you have to adjust for the rod by stepping slightly to the right of left of it) and the receiver will use it as a blocking weapon against armed defenders. He literally can leap into the air, catch the ball and be fighting a defender with it before he hits the ground! It’s quite a sight.

Meanwhile, 21 other warriors will be engaged in sword and stick combat, it has 3 times more action and is more artful to the eye than conventional football.

Horse mounted archers will patrol the sidelines, with safe arrows  which, if contact a ball carrier, the play is whistled as over. Our muzzled pursuit (not “attack”) dogs are trained to contact the bangball, and in doing so, or by incidental contact with the ball carrier, either of which is a “tackle” and the play is called. We anticipate our animals will be the biggest stars on the field.

It will be exciting to see a running sword and stick battle, so to speak. By rule, defenders in most cases must first try and impede his progress with their fighting sticks, not strike him. No tackling OR blocking unless stick to stick or stick to trigger an impairment device OR MMA move is ATTEMPTED first. You may then tackle or block.

Blocking is by stick to stick only or to device only, no blows to opponent’s body. No clubbing or stabbing. With some exceptions (such as shouldering a ball carrier out of bounds)

In short, you must attempt a stick, sword or MMA move BEFORE attempting a tackle OR a block. In many cases a weapon strike is followed immediately by a tackle or block, in case you missed the device.

Only specific martial arts techniques are allowed: judo type throws and grappling, leg sweeps, front kicks to abdomen (its padded), elbow strikes to the chest, hand strikes or kicks to helmet’s “smash mouth” button or to the non transparent visor (see pictures) are allowed, but only hard enough to trigger lights (pointed at the eyes) or drop the visor. The fighting staff will often be used to strike the upright visor downward, impairing vision.

There is no extra point or field goal kicking game, 2 and 3 point conversions will be allowed. Punting is normal, but kick offs are black powder rocket assisted or Atlatl launched Bangball football which can go over 70 yards in flight.

Without body blocks, hard tackling (you must first execute a move with the fighting stick before tackling or blocking someone) or helmet to helmet accidents, it is much safer than conventional football.

Sports defines society and the NBL’s mission statement is to positively contribute.The NBL is a non-profit (501) (c) (3) IRS designate entity to advance the sport into communities for the betterment of its people. It is structured much like the NFL was up until they changed to a profit based in 2015.

This is our patented BangBall football, which becomes a weapon once thrown and caught, enabling the carrier to gain yardage against others who possess a fighting stick or safe sword. It composed of carbon fiber.

This is offensive and defensive line simulation, modern versus old history.

By rule, once a ball carrier’s vision is impaired, play is stopped by whistle, but in a blocking scenario, a fighter can continue as “wounded” as other body areas are disabled until he is taken to the ground. It is humorous to watch as one leg or arm is stiffened and the fighter playing on, evoking much laughter. See our Rules page for more information.

Our patented impairment devices and BangBall football revolutionize football and make WarBall globally compatible. The red marked devices are still in development or too expensive to produce. We have developed air bags surrounding knees and elbows, software and computer controlled and sensor activated. So we are ready to easily convert these to operate the nano tech smart garments when they become available. See our technology page for details. 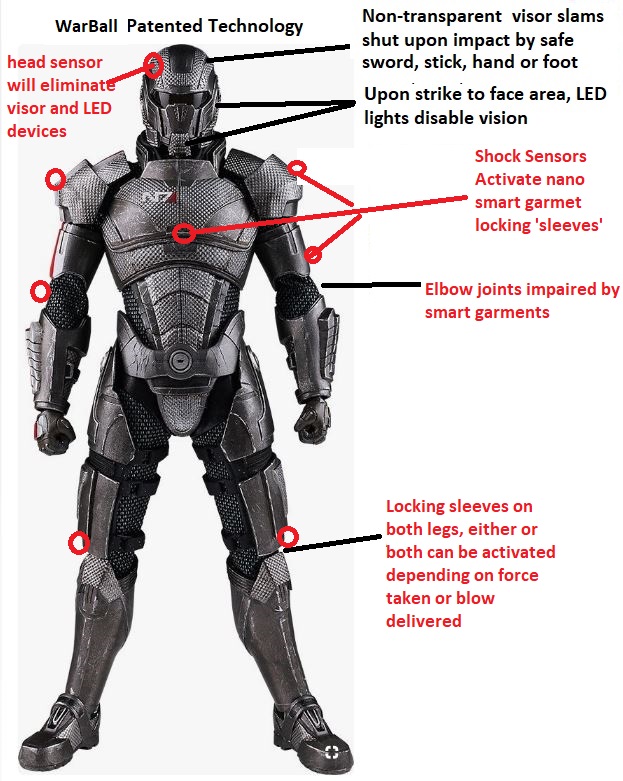 Yes, we have horse mounted archers (female fighters) with safe arrows, and pursuit dogs who are trained to contact the ball carried by a fighter. By rule, Fighters may not overtly move the ball at last second , so canines will have a chance to contact it or the fighter.

Upon impact by arrow or dog, play is halted by whistle. For safety purposes, horses patrol outside of the field of play, on the sidelines from the 30 yard line to and behind goal line but still within arrow shot. They can only be in front of the play or must exit the field. Most shots will be over the horse’s behind. Under certain circumstance ( a horn will sound if safe) they can enter the field of play. 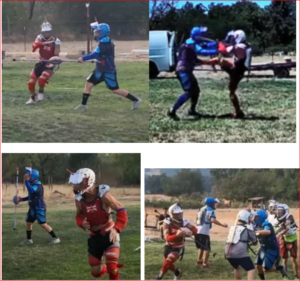